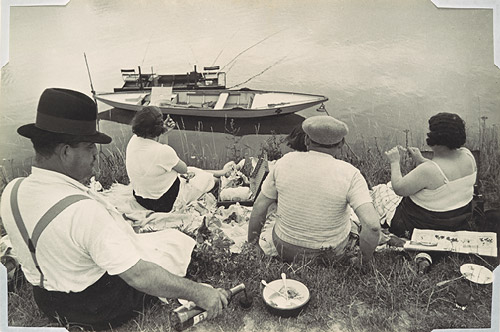 I’m a photographer. No, let me rephrase that: I would like to be a photographer. In reality I’m merely an obsessive who takes lots of photographs in the hope that some day, just once, he will produce an image that is really, truly memorable. Like the images that Henri Cartier-Bresson captured, apparently effortlessly, in their thousands.

There’s a delightful article by John Naughton in the Guardian titled “Why I love my Leica”, which describes the ‘amateur’ photographer rather well.

“You can think about this obsessiveness, this quest for the one perfect picture, as a kind of illness. If so, then I’ve had it for more than half a century.”

The quest for that perfect shot is always there. It seems so easy, after all, you just point and shoot don’t you? Especially these days with all the processing power a modern camera has to calculate things like f-stops and shutter speeds and so on.

But that’s the trick, isn’t it? It’s not about shutter speeds and megapixels, it’s about time and place, and It’s not that easy, although Cartier-Besson and so many others make it look so. I’ve taken well over 10,000 photos (some say that’s a good start, and now you can really commence learning) and I’ve yet to get anywhere near the images captured by the greats.

John points to Cartier-Besson’s image ‘Sunday lunch on the banks of the Marne’ as an example, and it is a wonderful image. The best part of it is that you look at it and consider you could have taken that. But 10,000 photos later, I know I haven’t. It’s simplicity belies the timing, the photographer’s positioning, the waiting for everything to line up so that you are brought into the scene with the picnicers. A second later and heads would have turned, rendering it perhaps good, but not great.