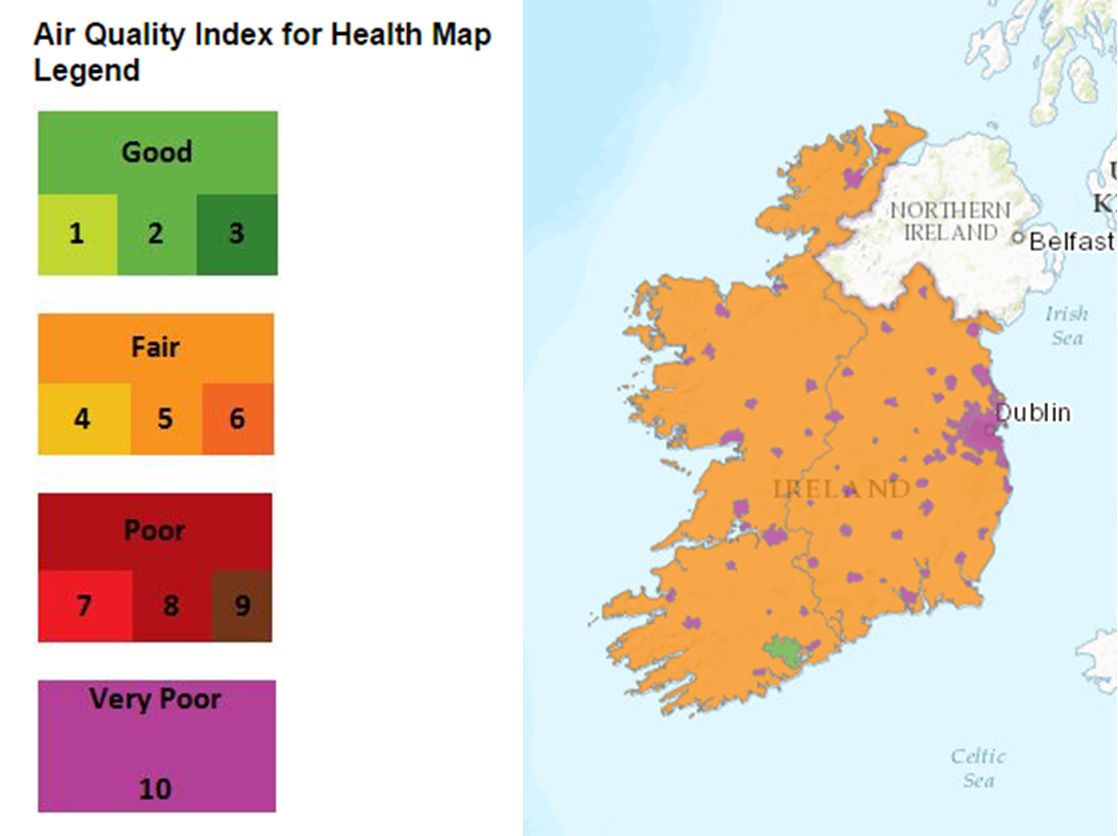 The Green Party has called on Ireland’s Environmental Protection Agency to up its game on urban air pollution and improve their monitoring and advice during periods of serious air pollution. The call comes as air quality in Dublin and all other major towns reaches ‘very poor’ levels or ’10 out of 10′ on the Agency’s monitoring site.

“The EPA needs to tell us more about our air quality. The latest report on their website* dates from 2014 and is three years out of date. They need to improve their monitoring of air pollution, particularly in real-time, and ensure action is taken to tackle the causes when air pollution is at extremely high levels. More and better monitoring is required. For instance, there is no real-time data available for PM10 or PM2.5 particulates for Dublin’s inner city. This is a serious gap in data that must be filled, as we know that air pollution is concentrated in areas with high traffic and concentrations of people. We need only look across the water to London** to see how quality data can be made available in a timely manner.

“The EPA must improve their monitoring and work with the Department of Transport, Tourism and Sport and the Department of Energy, Communications and Natural Resources to reduce pollution. We now know that diesel cars and vans are more polluting than some manufacturers claimed, and we must get rid of incentives to purchase heavily polluting vehicles. Minister Ross should also give local authorities the power to limit heavily polluting vehicles from our city centres, particularly on days when there are high levels of air pollution. It is time to consider banning certain diesel vehicles from Dublin’s inner city on still winter days that concentrate pollution. We must also ensure that smoky coal is no longer allowed into Ireland.

“The EPA has previously stated that air pollution is to blame for around 1,200 deaths every year. We now need action from the EPA and Government to tackle this silent deadly killer. Instead of telling children to reduce outdoor exercise on smoggy days, we should be tacking the source, and reducing pollution from cars and fires instead.

You can smell the pollution and feel it in Dublin some days, especially on the cold, calm days of winter when the cold air traps the pollution near to ground level. It’s causing all sorts of health problems, problems that will only get worse over time and strain the health service with avoidable illness.

Source: Time for EPA to up its game on air pollution – Ciaran Cuffe